Toys of your childhood...

Toys of your childhood...

... that you loved, but don't have - or doesn't even exist anymore.

I am not talking computer games here - because I know we'd all post Sierra pictures. But actual toys of your childhood.

Not sure why the kids look psychotic in this...

The Tandy Football game... Spent COUNTLESS hours on this...

So toys that we don't have any more. Otherwise I would put up examples of my (modest) Transformers collection, but this brings back memories:

A Peanuts Sno-cone maker. Actually, there's a pretty good chance it's still around somewhere collecting dust. The funny thing is that some company is putting out new versions of this that look pretty much like the original. I first saw them a few years ago and saw them as recently as this year. I guess it must still have a loyal following.
Top

Oh! See - I knew if I did this thread other people would have stuff that triggers memories for me!
Yes, I remember making a bunch of red sno-cones with this thing!

If they still make this (even reproductions), I'd probably consider purchasing it...

I was addicted to my G&P pair... My mother still tells the story when I was like 5, we'd stopped at a McDonalds (or whatever it was) that had like a sandbox... and I was there playing... and left my figures in there... and when I realized it (apparently on a roadtrip), I lost my #$%^ so my parents had to buy me new ones, and tell me that it was mine (and not new ones, because I didn't want new ones; I didn't want mine to be lost without me...) 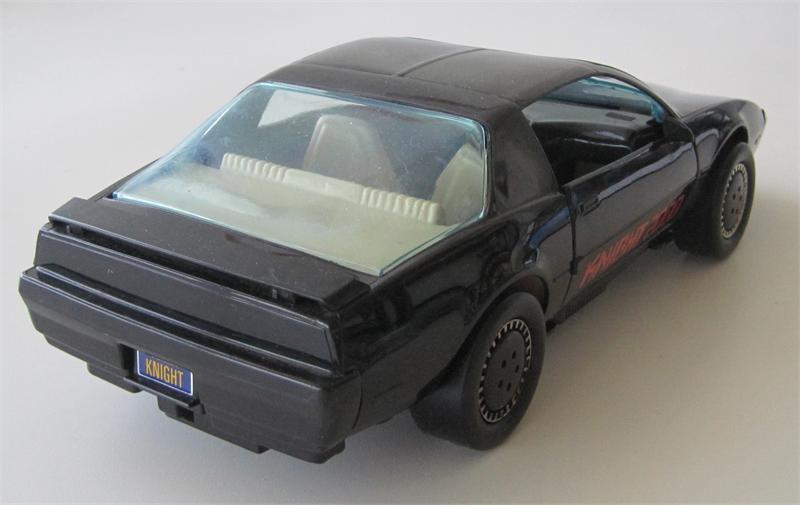 You could press the number plate and it would say random phrases in KITT's voice.
Adam David Collings - Sci-Fi Author. (Jewel of The Stars)
www.AdamDavidCollings.com
Top

I'm of the female persuasion and as such the toys I was given weren't as adventurous. My favourite was a stuffed mouse, Piepiep that my sister had stolen from the store as a toddler (she was clutching it and my parents didn't notice it until they had left). We took Piepiep everywhere.
When I was four I got a step-mother who didn't think much of our toy collection (split parents, we had quite a bit) and gave most of it away to her friends and family. Piepiep was beyond giving away, he was quite worn. When my stepmother needed to go to the supermarket with 4-ish me I wanted to bring Piepiep. She was embarrassed by the thought of walking through the supermarket with a toddler with such a worn toy, so she allowed me to bring it, but made me leave Piepiep in an orange bag with an owl printed on it, hanging from the handlebar of her bicycle. As we returned from the store, bag and Piepiep were gone. Needless to say that was traumatising. Since it was an expensive toy to begin with (and it had worn down badly) it couldn't be replaced.

Until I was 5 and my sister came home from a day of school when she went to a second-hand shop and was allowed to select something from the bin - a critter obviously home made from a washandje with felt eyes and mouth. When I saw it I exclaimed Piepiep! and so the little toy had a new owner.
My maternal grandmother (who died when I was 7) had once crocheted a new cover for it, since she thought it was a sorry thing. When I saw Piepiep 2 covered in that I started bawling. Dad tore it off that evening and so I could still bring Piepiep in bed with me.

Some other beloved toys made it to my DeviantArt (toy photography is a thing, apparently).
Fabuland 1
Fabuland 2
Fabuland 3

Under the header "They don't make toys like this anymore", here's Aapje. Cute, no?

https://www.deviantart.com/bonnzai/art/ ... -266406821
Another staple here is Pixi books, tiny cheap children's booklets that you could get for one guilder (in the late 80s early 90s that would be around $0,50) that I learned to read from. This is a drawing I made of the last picture in "Victor bouwt een brug", about Victor, who lives alone on an island with a seagull. He builds a bridge to the continent so that he'll meet people. He meets somebody who builds a factory, employers come and go, then a house is built for the employees, the island becomes more and more crowded until Victor decides he's had enough with the pollution and leaves the island, to find himself a new one to live on his own.
There's a new script around: PHANTASMAGORIA! Check the Script Party topic in the Bard's Forum!
Skip to new scripts
Top

It ... it doesn't seem like that island would be big enough for a factory, much less houses and employees etc.

All the Fabuland toys are cute.

There are only three toys I remember from my childhood ...

1. There was a Lego set which us kids once used to create a gigantic pirate ship. How large was it? Well - it took up a quarter of my room.

I was sad when my parents told me to dismantle it and clean up the room.

2. I had a fairly large Transformers collection (the original ones from the 80s), but it was lost (or given away) when my family moved to Australia. I understand it now, there wouldn't have been room for it in the suitcases ... but ... it's too bad. Ditto a Transformers picture album from the 80s.

Holy Cow - there are Transformers toys available now - but at $100+ a pop on Amazon AU, that's ... exorbitant.

3. I had an original Atari 2600 when I was a kid, as well as a Commodore 64. (But I was only allowed to play them on the weekend, and only for an hour, because they plugged into the TV). With things like the X-Box, Playstation, Nintendo Wii etc., I guess things haven't changed that much (except, of course, quality of graphics). 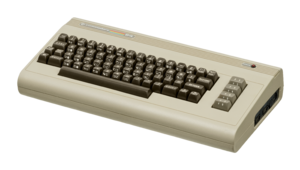 By the way, I think the brand-name "Nintendo Wii" - in the English language, at least - is probably the worst marketing decision of all time, launching as it did a long, long list of puerile jokes...

4. I remember when I was very little (maybe 2-3) I was given a stuffed rabbit, dark brown on the outside and light on the inside, with ears that stuck up and a cutesy little tail. It was about as tall as I was.

In terms of colours, it resembled something like Wile E. Coyote, only - you know - friendlier. And not a coyote.

It was my favourite childhood toy, even when he lost (and retrieved) an eye. Gee. Now I wonder what happened to it. (Probably went to some other lucky kid...)

Oh, those are similar to LEGOs.

This reminds me of another one - when I had like three Monchichi dolls. Pretty sure I inherited them from my two sisters.
Tawmis.com - Voice Actor
Comic Relief Podcast!
Neverending Nights
Hello, my name is Larry. Larry Laffer!
Top

tassieboy wrote: ↑
Fri Dec 13, 2019 1:32 am
The most memorable toy that comes to mind from my chidhood is
You could press the number plate and it would say random phrases in KITT's voice.

There's also this little dash toy. As I mentioned, my parents were divorced (still a rarity in the 80s) and if there was anything Dad wouldn't get me, my mother would. My stepmother would usually make sure I didn't get to keep any of them. One of them I remembered with fondness, although I only had it for a week. It was a little car of sorts - on one end it looked like a car front with working lights, on the other hand you had a dashboard with a screen, steering wheel, gear stick and turnable key. Turning the key turned the thing on so a little film of a road rolling appeared on the screen. Mounted in the screen itself was a black plastic car that you could move left and right by turning the steering wheel. And by moving the gear stick you could increase the speed!

I only had it for a week when I was 5, but I did remember it quite well - it ended up with some friends of my stepmother a week after I got it.

Flash forward to some twenty-five years later, when I happen to stumble upon it in the second-hand store. As I hold it I try to fight the tears and fail.

It cost €3,50 - probably a fraction of what it cost back then but too much to my liking and I had to watch my spending, so I left it home. I told my father I had found it, and he basically told me off for not buying that. A few days later I went back - the toy was still there, except the battery hold cover was now missing. I brought it home, Dad fixed it (was great fun to see its guts) and now it's happily sitting in my bedroom.

There's a new script around: PHANTASMAGORIA! Check the Script Party topic in the Bard's Forum!
Skip to new scripts
Top

Like Rath, I had tons of Transformers from the 1980s. There are probably still some at my Dad's house, although I did bring one with me to Canada: an original PowerMaster Optimus Prime that I purchased back in 1988. Nowadays the plastic creaks if I try to transform it, so I just leave it robot mode.

At some point I lost the cannons on his arms...

"Er, Tawni, not Tawmni, unless you are doing drag."
-- Collector (commenting on a slight spelling error made by Tawmis)
Top

Wow! It's cool that you still have the toy, DPX. It's incredible that it lasted so long (more than 30 years). If you ever wanted to sell it (and this is a big if), I'm sure it'd be worth a mint to a collector.

I just realised that I have a chess set that my parents bought me in Greece, nearly 30 years ago. I hardly ever use it, but when my parents bought it, it cost 10,000 drachmas. The chessmen look something like this (it's not exactly the same, though):

The chessmen are cast in gold and silver (not real, of course!

) and come with their own pre-cast board. Perhaps the set is worth something.
Top